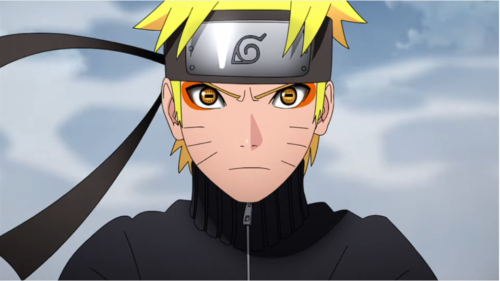 Japanese anime, also known as Japanese animation or simply anime, has become a beloved and influential art form around the world. With its distinct visual style and compelling storylines, anime has captured the hearts of millions of fans and has made a significant impact on popular culture.

The origins of anime can be traced back to the early 20th century, when Japanese filmmakers began experimenting with the medium of animation. However, it wasn’t until the 1960s and 1970s that anime truly began to gain popularity both in Japan and abroad. This period saw the emergence of some of the most iconic and influential anime series of all time, such as “Astro Boy” and “Gundam,” which introduced many of the conventions and tropes that would come to define the genre.

One of the key factors that has contributed to the widespread appeal of anime is its diverse range of subject matter and themes. Anime covers a wide variety of genres, including action, adventure, romance, science fiction, fantasy, and horror, and is often known for its innovative and creative storytelling. This diversity has helped to attract a wide range of fans, from young children to adults, and has contributed to the global reach of the medium.

Another factor that has helped to fuel the popularity of anime is its distinct visual style. Anime is characterized by its vibrant and colorful artwork, dynamic action sequences, and exaggerated facial expressions, which help to convey a wide range of emotions and convey the character’s inner thoughts and feelings. This visual style has also inspired a number of popular art styles and trends, such as “manga” (Japanese comics) and “cosplay” (dressing up as anime characters).

In addition to its artistic merits, anime has also had a significant impact on popular culture and has influenced a wide range of media, including video games, movies, and TV shows. Many of the most iconic and popular anime series, such as “Dragon Ball Z,” “Naruto,” and “One Piece,” have spawned successful merchandise lines, spin-off movies and TV shows, and even theme parks. These franchises have also inspired a number of parodies, homages, and tributes in other media, further cementing their place in popular culture.

When someone shouts “It’s over 9000!”, you will get the inside joke. And if you don’t know what it means, just watch the Dragon Ball Z episode “The Return of Goku” originally aired on April 19, 1997.

The global popularity of anime has also led to the emergence of a thriving industry centered around the production and distribution of anime content. In Japan, anime is produced by a wide range of studios, many of which are known for their unique artistic styles and storytelling techniques. These studios have produced some of the most critically acclaimed and beloved anime series of all time, such as “Death Note,” “Attack on Titan,” and “Your Lie in April.”

In recent years, the popularity of anime has only continued to grow, with streaming platforms such as Netflix, Hulu, and Crunchyroll offering a wide variety of anime series and movies to audiences around the world. This has made it easier than ever for fans to access and enjoy anime content, and has contributed to the genre’s growing popularity.

One of the key reasons for the enduring appeal of anime is its ability to connect with its audience on an emotional level. Many anime series explore complex themes and ideas, such as the nature of friendship, the importance of family, and the search for identity, and are able to convey these ideas in a way that resonates with viewers. This emotional depth, combined with the imaginative storytelling and vibrant visuals, has helped to make anime a beloved and enduring art form that continues to captivate and inspire fans around the world.

Japanese anime has become a beloved and influential art form around the world due to its diverse range of subject matter, its distinct visual style, and its ability to connect with its audience on an emotional level. With its continued growth and popularity, it is clear that anime will continue to be a beloved and influential part of popular culture for years to come.