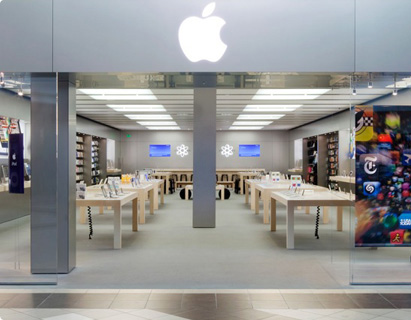 What happened to all of the professional stock analysts who were predicting Apple will hit $1000 per share.

They are oddly quiet and seem to be keeping a low profile. With closing price of $467.01 on February 13, 2013, this is again proof that if you want to benefit from being in the stock market game, you have to do your own due diligence. However that is the least of Apple’s worries, as they seem to be experiencing quite a lot problems lately.

Forget what you have been hearing in the news lately regarding the lawsuit from activist shareholder, David Einhorn, and his Greenlight Capital to extract some of that $137 billion mountain of cash that Apple has been sitting on. That is just minor distraction from Apple’s real problem — the absence of the next big thing.

Let’s see what they have offered us so far since the many iterations of the iPhone, with latest being a bigger screen. Pardon me, but one word “Yawn.” Next, an iPad with 128GB of storage, hmm, “Yawn, again.” And now an iWatch that will supposedly do wonderful and magical things. Okay, we will reserve judgment on that until we know more, if there is a such a product in the pipeline. Although the idea of an iWatch is nothing new as many entrepreneurs have been making iWatch-ish products with funding from Kickstarter for a while and in addition there have also been smart watch going far back as Dick Tracy, yes the comic book character. The point is that the idea is not new, but this is also the case with the iPhone, but Apple just packaged it better.

In addition to the absence of the next big thing, Apple is finding that they are getting hits from everywhere as carriers are increasing weary of paying them a premium for their product. Apple gross margin has come down quite a bit from about 44.7 percent to around 38.6 percent. Overall it is still a great gross margin, but the drop is worrying and we believe is the start of more of what is to come in the future.

And today’s announcement that they are cutting the price of their MacBook Pro with Retina display by about $200 to $300 did not help; all signs are pointing to continue pressure on the stock price to go down even further.

While Apple will continue to be relevant and possibly even come up with another hit as they have quite a lot of money to play with and pretty much no debt. Apple will go through the same cycle of BlackBerry. Both companies are similar in many ways and with a huge following still, they can afford to make mistake here and there.

Yet for those in it for the money, the stock is not going to go nowhere near $700 or even $1000 per share anytime soon, if ever.

Besides their own missteps, the competitions are coming strong and fierce, with the recent revival of the BlackBerry, the other such as HTC, Huawei, ZTE, Lenovo, Microsoft, Nokia, Sony and Samsung are all gunning for Apple. Some might have brushed aside these competitors when Apple was sitting pretty, but who’s laughing now?