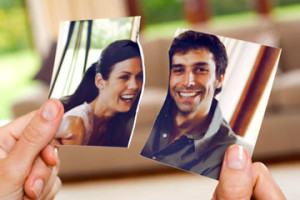 Bring up the name Rob Ford and you can be sure that there will be plenty of arguments that spontaneously flare up about whether he’s a genius or an idiot that fell into the mayoral office.

Clearly there’s a divide among the citizens of this great city of Toronto. But it’s not just about Rob Ford, this is an issue about the people of Toronto and just how diverse the culture and environment are from the edges to Etobicoke to Scarborough and from Steeles Avenue down to the downtown core.

The discord is about bicycles, streetcars, subways, parking, no parking, condos, pollution, highways, garbage, taxes, who should pay more, why should you pay more, and everything else under the sun.

Back in 1998, Mike Harris then the premiere of Ontario decided through his “No Nonsense Revolution” propaganda that Toronto would be better off (aka saving money) by combining Etobicoke, North York, Scarborough, York, and Downtown Toronto into one big megacity.

The idea at the time sounded pretty cool considering it made Toronto the fifth largest city in North America. With Mel Lastman as the mayor, the shift from a divided regional Toronto to one big city seemed promising.

Fast forward to 2012 and what you have is a vastly different city and its people as well. Since then, there is an even greater diversity of nationalities and cultures which have moved into the various areas of Toronto yet the municipal government has not change or adjusted after all these years.

Driving across Toronto it is evident that Scarborough is not at all like Downtown Toronto. In Scarborough, the main mode of transport is cars and buses. Downtown, there are lots of bicyclists, streetcars, buses, cars, pedestrians, and subways. Therefore it’s not really possible to have a cookie-cutter solution to transportation where the areas of Toronto are so different.

Even the mindset is different as you move across the city. The outer areas of Toronto seem more muted as far as citizens being out and about. This is mostly because of the geographical distance between places. In downtown Toronto where everything is within walking distance, you will find people walking everywhere. Even the businesses have adjusted to this fact, yet city council can’t even begin to understand this concept.

The consequence of governing the megacity are many. No doubt the bureaucratic nature of a large government comes to mind. By the time things are addressed, it is usually too late. City Hall councillors are divided strongly because they have different priorities and concerns about what is going on in the city.

For example, the idea of a casino coming to Downtown Toronto will be appealing to people living in North York, Etobicoke and Scarborough, but those who actually live downtown dread the increase in traffic, crime, and the negative stigma of a casino. Since it is being put into their backyard, they are very against the idea of a casino. What is a mayor to do when his one decision will never satisfy everyone?

The Chinese have a philosophy of running a good and efficient government. They state that a man must manage his family first and then he will be able to manage his business. From there the town is managed by these stable families and businesses.

As we move further and further out, each level of government is similarly micro-managed but yet part of a bigger picture.

In Toronto’s case, the only way to make everyone satisfied is to break up Toronto back into its former glory. Simply put there are too many areas and too many diverse people that one city hall council cannot and will never be able to maintain the city properly.

This is really the reason why everyone is so divided on Rob Ford. Rob Ford is nothing but a symbolic representation of our differences in the megacity of Toronto.

If North York, Etobicoke, and Scarborough are able to maintain their own local government, then a central city hall will not be forced to come up with a solution that satisfies everyone.

This would include transportation, education, garbage collection, traffic control. The TTC could still be run as a central unit, but perhaps each region could decide what will be served by their areas whether that be more buses or even a subway line.

Garbage collection could be on different days and desired times as seen fit by each region as well. Everyone knows the bigger you are, the harder you fall and unless we are to admit that the megacity is a mega failure then we’ll continue to fight over plastic bags and speed bumps.

Breaking up, in fact, is easy to do and it will be a breath of fresh air for Toronto. Don’t worry though you could still call Toronto the GTA if you miss the idea of a mega Toronto.

So when it comes to the next election, perhaps the word that should be at the forefront of voter’s minds is “DE-AMALGAMATION”