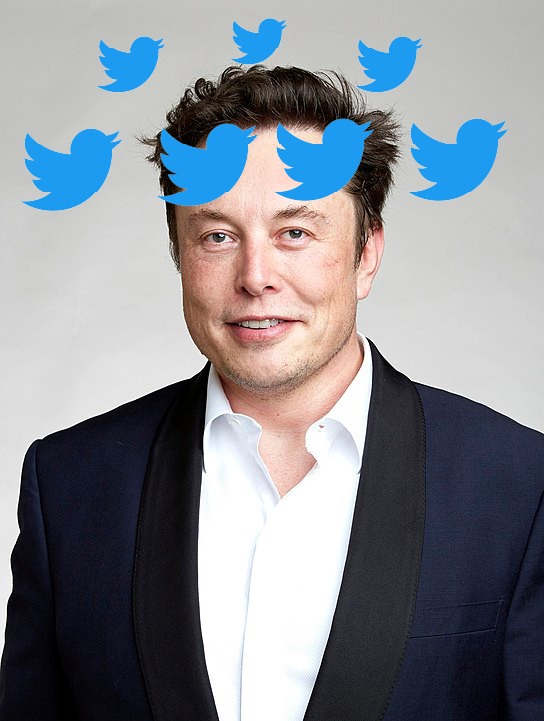 In the lead-up to Elon Musk’s acquisition of Twitter, the left was panicking and the right was filled with glee. And after famously bringing a sink, yes a literal sink, to Twitter’s head office, Musk tweeted: “Entering Twitter HQ – let that sink in!” A reference to all the people who had doubted his endeavor to buy Twitter.

Why did Elon buy Twitter? In his words, he is a freedom of speech absolutist and he felt that Twitter had become an echo chamber for the left and the woke.

Not even a week that went by after Musk’s acquisition, and the mainstream news media on left and right all had their say. The left was horrified and upset that suddenly Twitter had become a cesspool of hate speech and a place of danger, to them the platform hate speech grew exponentially.

According to USA Today’s Scott Gleeson’s article ” Twitter’s hate speech spiked following Elon Musk’s takeover, according to new study” by the School of Communication and Media at Montclair State University.

Hate-driven tweets skyrocketed to 4,778 times over that span compared with the average 1,000 beforehand.

School of Communication and Media at Montclair State University

However, despite the widespread fear factor, Twitter’s own engineer, Yoel Roth, who is Head of Safety & Integrity at Twitter, tweeted differently.

More than 80% of our incoming content moderation volume was completely unaffected by this access change. The daily volume of moderation actions we take stayed steady through this period. pic.twitter.com/rSGKtq0e3J— Yoel Roth (@yoyoel) November 4, 2022

The funny thing is that if one follows Roth’s tweet on Twitter, it has its own misgivings from all sides. If you can’t believe someone who works and is Head of Safety & Integrity at Twitter, then it is pretty much a lost cause, to begin with.

Now let that sink in!

And as the rage continued from other news outlets, everyone was panicking, whether that explosive growth in hate speech was actually real or imagined, everyone had their agendas to push.

Many advertisers like Volkswagen Group, General Motors, Generals Mills, and even our Canadian government have decided to pause their marketing spending on Twitter out of fear of what Twitter will become and also due to the mass layoffs of Twitter’s employees.

Out of caution or overreaction as activist groups seem to be pressuring these companies to do their bidding and big businesses and some governments all seem to heed their demands.

Now for the astute individuals who are interested in where public dialog and debate are going, we should actually be applauding what Elon Musk is attempting to do with Twitter.

Bringing back free speech for both the left and right does not sound like a bad idea.

Because of the direction Twitter was heading, it was actually making Twitter truly an echo chamber where you either had to agree with the prevailing narrative of the day espoused by agenda-wheeling activist groups or you get canceled. And nobody likes to get canceled.

If someone who is as powerful as former President Donald Trump can get canceled and kicked off Twitter’s platform then what’s your chance or someone without a voice who happens to innocuously tweet something deemed “offensive”?

And as for Elon Musk’s other ideas of charging users for their verified badge at $8 per month, bringing back Vine video sharing, and integrating it into the new Twitter. One has to ask, is that so bad?

Before Elon’s plan to charge, it really was if you were loud enough and had enough clout then you can have a bigger voice with the blue verified badge, but now with the $8 per month deal, everyone with $8 can have a voice too.

Well, the new deal does not solve everything, but it is a start. To level up the playing field and to be counted, isn’t that what everyone wants when they go to the Twitter virtual public square?

And what of Elon’s decision to reduce the workforce by 75% and then 50%, no one really knows that true figure until the dust settles.

For anyone who has followed Twitter’s history, it was a money-losing company for a very long time and only became profitable in 2017 when it reported $91 million in profit in the fourth quarter.

Even in this regard, before the truthful announcement by Elon, the news was spreading that he would not pay the proper wages and benefits to those who were affected by the job loss.

Hysteria was abound, until Elon tweeted.

Regarding Twitter’s reduction in force, unfortunately there is no choice when the company is losing over $4M/day. Everyone exited was offered 3 months of severance, which is 50% more than legally required.

To those who have been impacted by Twitter’s workforce reduction, it’s sad, especially with the uncertainties and the many reminders from our government, Chrystia Freeland, Deputy Prime Minister of Canada, that in 2023 there will be a recession and more economic hardships.

Yet we can’t believe everything Elon Musk is tweeting and his agenda for Twitter, but with what he has done so far and plans to do, it is really not as bad as some have made it out to be.

They are all business decisions because he knows he has overpaid for a money-losing company. Paying $44 billion for Twitter at the top seems like a good idea at the time, but it was hubris on his part as a result of his Twitter banters with his audience.

Trying to right the Twitter ship and turn it into a profitable one is part of normal business decisions.

Probably the most important for Twitter is his plan to bring back freedom of speech for both sides as it is the bedrock of our democracy.

Toronto City Councillors Running Amok And Nothing Is Getting Done