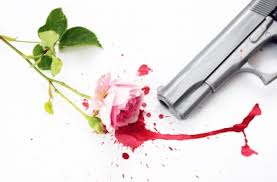 I woke up Saturday morning and heard what everyone else in Toronto had already did. Sammy Yatim, an 18 year old teenager originally from Syria was shot to death in a standoff with the Toronto Police Services. My initial reaction was to get all the facts before coming to any reaction, but as I heard and read that over 10 officers surrounded an empty streetcar and riddled Sammy with 9 shots and finished him off with a taser, it was hard to give the Toronto Police Services any benefit of the doubt. In this Youtube world, I got to watch the video of the incident. I passed on that, but ended up watching it a day later.

What I saw on the video was nothing new, just the usual suspects. An eligible candidate for expiration. A gang of overly cautious cops. A torrent of bullets, followed by a healthy dose of electric current. The result. One victim, one dead kid. The SIU investigates so that the people don’t get too disturbed. A few months later, the SIU determines it was justified. The victim’s family lives in grief and silent anger. The Toronto Polices Services budget gets increased. And everyone is happy.

It has happened too many times already. A perceived threat by officers who always seem to think the best solution to any situation is to put bullets into it. I immediately remembered Michael Eligon, a mentally challenged man who was running around on Danforth with a pair of scissors. Michael made the fatal mistake of walking towards the Toronto officers and 3 shots later he laid lifeless on Milverton Ave. There were a dozen police officers present, not one of them thought of a way to take Michael down without killing him. No one thought of tackling him with the presence of a dozen officers. No one thought to shoot him in the leg or arm and maybe disable him.

Was the shooting justified? Sammy’s family sure doesn’t think so. There are countless comments on the internet saying the Sammy should’ve dropped the knife and maybe he’d still be alive. After watching the video, I think Sammy could’ve been subdued without killing him, but I also found that there is a good chance the SIU will clear the officers involved. Sammy was on the streetcar alone. The police could’ve just blockaded him inside. They could’ve tried to talk to him and urge him to surrender. Since all guns were drawn, even if Sammy headed out the streetcar to attack them, there was very little chance of an officer fatality. In some ways it can be agreed that the police were justified in shooting Sammy, because he is said to have headed towards the officers with knife in hand. Ignoring commands to drop the weapon. Maybe they could’ve added another line to that warning. Like perhaps, “Drop the weapon or we will shoot your ass”. Maybe Sammy might’ve had a chance to reconsider his ill advised move.

On this day, it was announced the officer responsible for the shooting was suspended with pay. Apparently he’s devastated. I’m very sorry to hear that, but I wonder what Sammy’s family are feeling right now. Is there a word that is more devastating than devastated? Because that’s probably how Sammy’s family feels right now. There are a lot of people who are either angry or jaded with the Toronto Police Services right now. Chief Bill Blair felt as much and even held a press event on the matter. He offered the obligatory condolences and promised that he would get to the bottom of the matter. When the chief has to step out of his office to calm down the masses, then you know the people are not happy with the Toronto Police Service. You also know that the Chief thinks someone screwed up.

The sad lesson in all of this that the police are not your friends. You’d like to think that they are there for your protection but that is neither here nor there. The police are not your public servant either. They are the executors of government law and policy. My experiences with the police are ones of constant avoidance. Not because I’m scared of them or that I’m doing something illegal. It’s simply because I have no trust in the police. I’ve found the best way to deal with the police is to be friendly and non-threatening. I also found the worst way to deal with them is to exercise my rights or ask them questions. For those that forget to think and decide to raise their voices at an officer, there is a Chris Rock classic video called How to Not Get Your Ass Kicked By the Police. It’s the mantra I live by when it comes to Toronto police.

Sammy Yatim came from Syria. A country torn apart by US interests and a regime determined to stay in power. His mother and father were divorced. He hung out like a teenager. Wore his jeans low and tight like today’s teens. He acted tough because it was the only way to deal with the adults who looked at him like a punk. Sammy had a couple of incidences in the past, arguing or yelling at TTC drivers. It was Sammy against the world. His home country not really a home, his family not really a family. Who knows what was going through Sammy’s mind on that early Saturday morning.

Some of the passengers at that time felt Sammy was distressed and seemed to need help. He ordered everyone off the bus. Sammy’s world was spinning but he had the presence of mind to spare the other passengers from his personal torment. After everyone had fled the scene Sammy stood alone in the bus. I think Sammy knew what he wanted. He knew no friend or no help was coming. The officers on the other hand displayed efficient brutality. At least 10 officers stood at the bus door, guns cocked and trigger on the edge. One officer yelled for Sammy to drop the knife repeatedly. Sammy didn’t have much time to comply. 9 loud shots later, Sammy laid in a pool of blood. One officer jumped in and applied enough voltage to ensure Sammy was cooked. Talk about efficient brutality.

If you ever were curious if there are any good police officers out there, then watch this video of Vancouver’s Whistling Smith. This gentlemen died last year at age 89. Maybe the Toronto Police Services should all watch this video about how 1 police officer kept his area drug, crime, and violence free without ever having to use his gun. Imagine that.